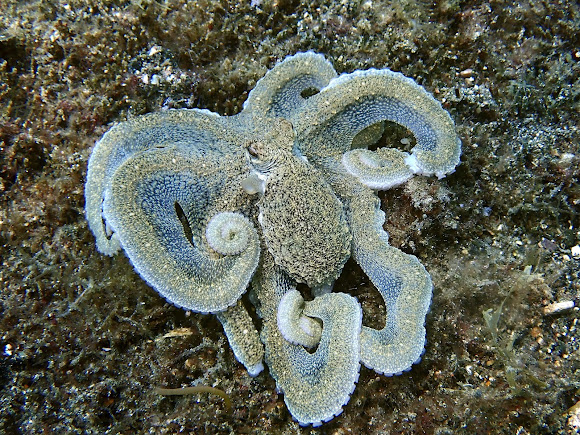 This White-V Octopus or sometimes called Long Arm Octopus has been recorded or documented from Philippines and Indonesia for a long time now but has yet to be described scientifically. Mostly changing from greying-brownish-white colours and shades in between and their body usually has 'scaly appendages'. This colours give them very good camouflaged among the sandy bottom (Pic#3). They have very long tentacles, probably one of the reason they are called Long Arm Octopus, which they uses to check on prey (Pic#2) in sandy holes, mostly crustaceans.

They are usually found in sandy bottoms, hiding in sandy holes.

Thanks, @TakSALDO for your appreciation :)

What a fascinating photo! Nice spotting!