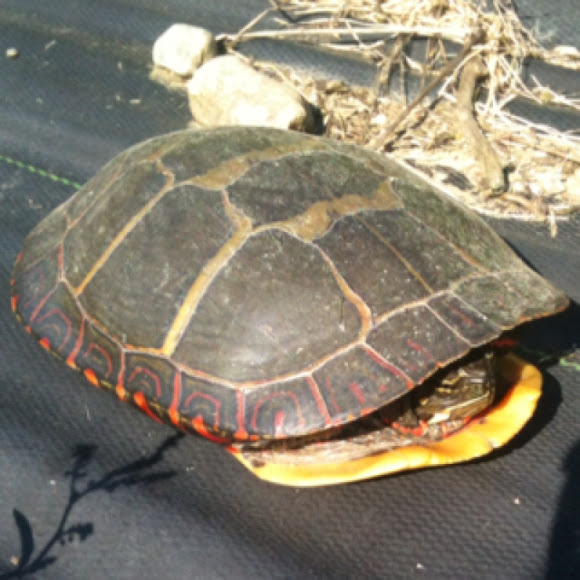 A fifteen million year old species, the painted turtle is the most wide ranged indigenous turtle of North America. Females are larger than males, but males have longer and thicker nails and tails than females.

This specimen, a female, was far from the closest fresh water source. She was found meandering a now closed pick-your-own blueberry and raspberry farm in East Dorset, Vermont. Tempted to claim her as a pet, I decided not to because I would not personally like to be taken from a free and wild life and placed in a box. So I brought her to the closest stream which led to a pond and released her where she would be better off than lost on a fruit farm.

Thanks for releasing this painted turtle! :-)