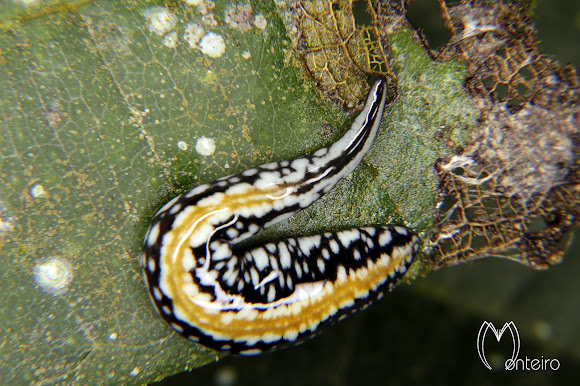 A planarian is one of many flatworms of the Turbellaria class. They live in both water (fresh or salt) or land. Land planarians are quite comon in the southern regions of the globe, specially in South America and Australia. Most of land planarian are no more than some milimeters long, although some species can grow to half a meter long. This individual was around 3 cm long. Land planarians are very sensitive to their environments, needing a high degree of umidity and a good coverage of foliage, and cuirrently their presence is used as a measure of the degradation of areas of the Atlantic Rain Forest. They are mostly predators, feeding on other invertebrates, like worms and snails.

A preserved area next to Curitiba's zoo, formed mostly by by secondary forest.

Yes, Mark, it is. I don't how it evolved to that point. Maybe it doesn't want to see what it is eating? ;-)

Thank you for the likes and the nice comments, guys. It is always an honor to get a SOTD, and I am very proud of it.

Congratulations Sergio! Thank you for sharing :)

Amazing looking flatworm.
If it's anything like our Australian ones the pointy end is the head/mouth but the (tiny? many?) eyes will be at the fat end.
Congrats Sergio.

Great series Xará,congrats on the well deserved SOTD and thanks for sharing

Congratulations on this colorful and most interesting spotting Sergio! It's our Spotting of the Day!