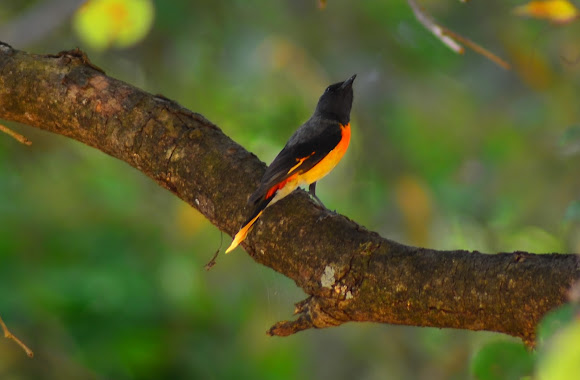 This particular minvet was captured at my backyard in Belgaum.

The Small Minivet is a widespread and common resident breeding bird in thorn jungle and scrub. The nest is a cup-like structure into which two to four spotted eggs are laid and incubated by the female. This minivet catches insects in trees by flycatching or while perched. The Small Minivet will form small flocks. Its call is a high, thin swee swee swee.

The Small Minivet (Pericrocotus cinnamomeus) is a small passerine bird. This minivet is found in tropical southern Asia from the Indian subcontinent east to Indonesia.