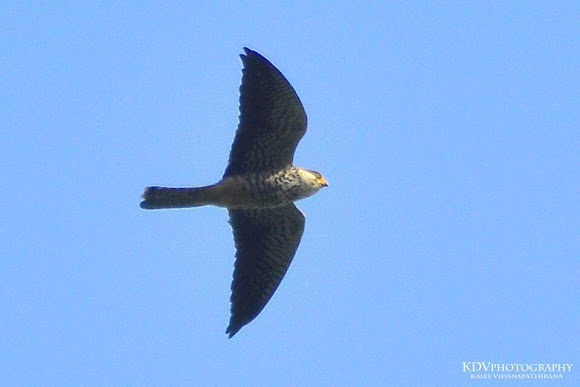 A very rarely seen bird in Sri Lanka. The Amur Falcon (Falco amurensis), formerly Eastern Red-footed Falcon, is a small raptor of the falcon family. It breeds in south-eastern Siberia and Northern China, wintering in Southern Africa. Its diet consists mainly of insects, such as termites.

thanks :) i was really lucky to spot this bird