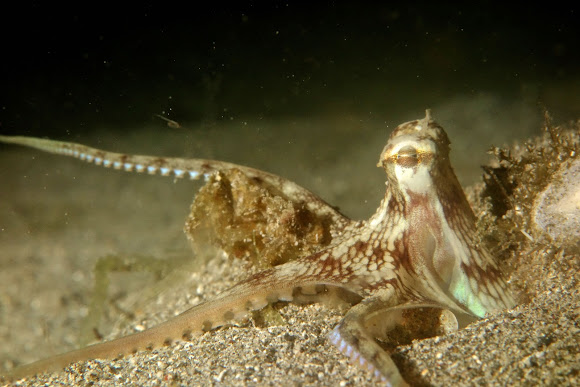 Called Coconut Octopus as in the early days when they were discovered, they were carrying around coconut shells to use as their protection and home. Usually seen at night time, they hunt and feeds on crustraceans and small fishes. In the above pics, one is hiding in a sandy hole, another one was using shells as its home while a third was using a tin can for its home.