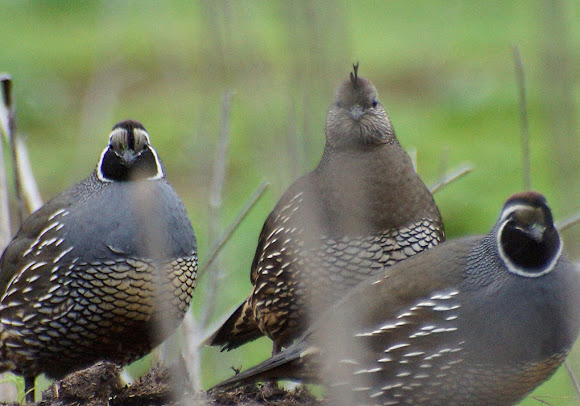 Plump brown quail with distinct patterns, like the white line that frames the black face, chestnut scaling on the belly below the gray chest and the dashes on the wings. Forward facing topknot which are longer on males then females. Females have a brown head and chest. Usually found in groups (covens) and easily spooked.

Many times they are found in brush or heavy vines for cover from predators. These were found in the open in a pasture but were spooked a few times