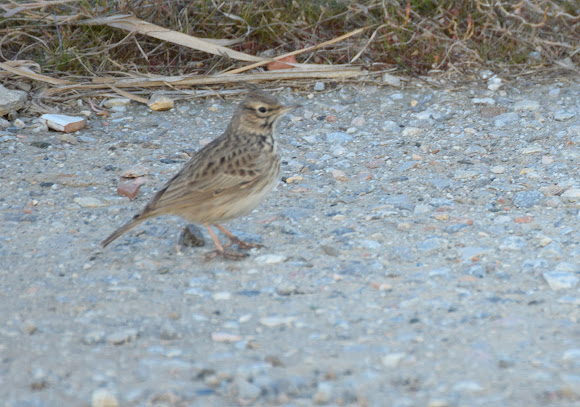 The crested lark (Galerida cristata) is a species of lark distinguished from the other 81 species of lark by the crest of feathers that rise up in territorial or courtship displays and when singing. Common to mainland Europe, the birds can also be found in northern Africa and in parts of western Asia and China. It is a non-migratory bird, but can occasionally be found as a vagrant in Great Britain.

This is a common bird of dry, open country and is often seen by roadsides or in cereal fields, although it is also found occupying small, sandy patches by railways, docks and airfields.

Thanks for your comment Malcolm. Fortunately Thekla Lark isn't encountered in Greece!

Not quite distinguishable from all, the Thekla Lark is almost identical and several other larks have crests also, though not usually raised so high as Thekla and Crested.