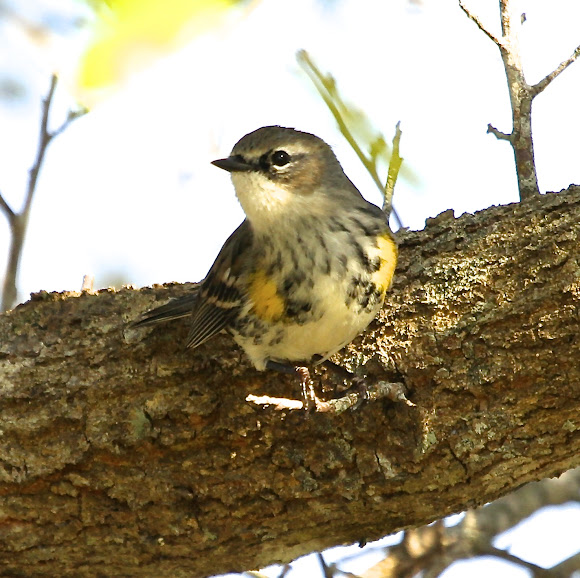 The Yellow-rumped Warbler breeds from eastern North America west to the Pacific, and southward from there into Western Mexico. "Goldman's" Yellow-rumped Warbler is endemic to the highlands of Guatemala. The Myrtle and Audubon's forms are migratory, traveling to the southern U.S., Mexico, Central America, and the Caribbean for winters. Among warblers it is one of the last to leave North America in the fall, and among the first to return

Yellow-rumped Warblers spend the breeding season in mature coniferous and mixed coniferous-deciduous woodlands (such as in patches of aspen, birch, or willow). In the western U.S. and in the central Appalachian Mountains, they are found mostly in mountainous areas. In the Pacific Northwest and the Northeastern U.S., they occur all the way down to sea level wherever conifers are present. During winter, Yellow-rumped Warblers find open areas with fruiting shrubs or scattered trees, such as parks, streamside woodlands, open pine and pine-oak forest, dunes (where bayberries are common), and residential areas. On their tropical wintering grounds they live in mangroves, thorn scrub, pine-oak-fir forests, and shade coffee plantations

Saw this bird in Miami Florida