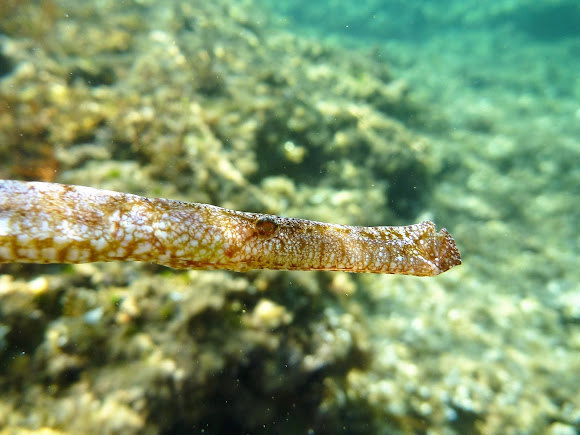 This species is notable for its "broad" snout, which is as deep as its body. The broadnosed pipefish is a slender, elongated fish with a hexagonal cross-section which distinguishes it from its even more threadlike relation the straightnose pipefish (Nerophis ophidion) which has a circular cross-section. The body surface is covered by small bony plates. The head resembles that of a seahorse with a long, laterally flattened snout and obliquely sloping mouth. Unlike the straightnose pipefish, it has a fan-shaped caudal fin. The general colour is greenish, often with various darker mottling, and the belly is yellow. The average size is about 15 to 20 cm.

Thank you very much for your comments, are an encouragement to continue this nice hobby . Hugs to all .

Great capture Eulalia,beuatiful series,congrats on the well deserved SOTD and thanks for sharing

Congrats Eulalia, this neat pipefish has been selected as Spotting of the Day!