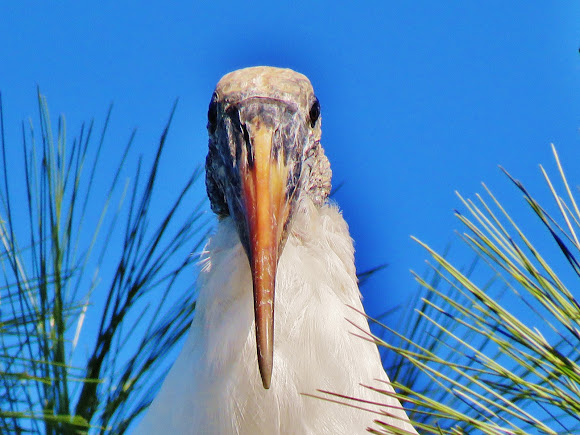 The wood stork is a large American wading bird in the stork family Ciconiidae. It was formerly called the "wood ibis", though it is not an ibis. As of June 26, 2014 it is classified as a threatened species by the U.S. Fish & Wildlife Service.

The Wood Stork is the only stork breeding in the United States. Its late winter breeding season is timed to the Florida dry season when its fish prey become concentrated in shrinking pools.

Thank you armadeus4. I enjoyed watching this stork as he was in watching me.

This Stork seems as curious about you as you are about it! Wonderful images Mary! Thank you for sharing :)