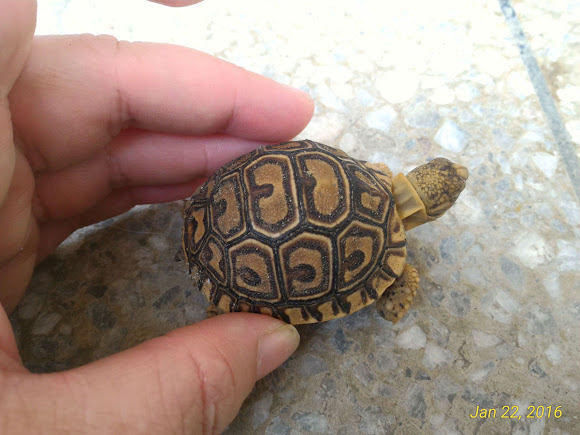 These two tortoise turned up in the garden one day, they were hanging out together and I assumed they were the same species, different ages. Which appears to be right from a little research. The pattern on the little one who is only 4-5cm across, is quite defined. And the older one much more broken up with the growth of the shell. The lower part of the shell extends out beyond the upper part, so he is quite well protected when inside the shell. The front legs were slightly flattened, the back legs more stumpy, both scaley and with little claws.

These were seen in an urban back yard, along the east coast. I have seen them also in the semi rural areas along the beach itself, and in the wilds of the national parks as well.

They were fast! especially the littlest one, he could really move. I put them back, but I worry about the crows and the dogs and such... :(