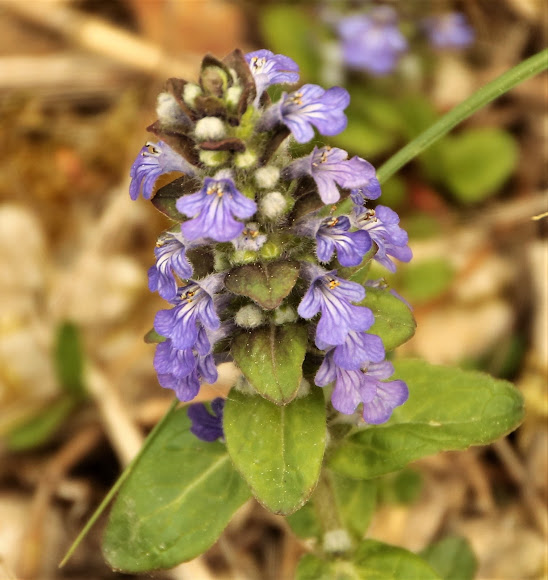 A flowering plant native to Europe, distributed throughout the continent though less common than its relative, A. reptans. It is often seen on woodland and in grasslands. Here, found growing on edges of Bagasse forest (deciduous, predominantly oak, forest) on France-Switzerland border, in a valley of lake Geneva, just in between Jura and Alps mountains ranges.

There are some notes that Bugle is used in traditional herbal medicine, as a herbal tea.