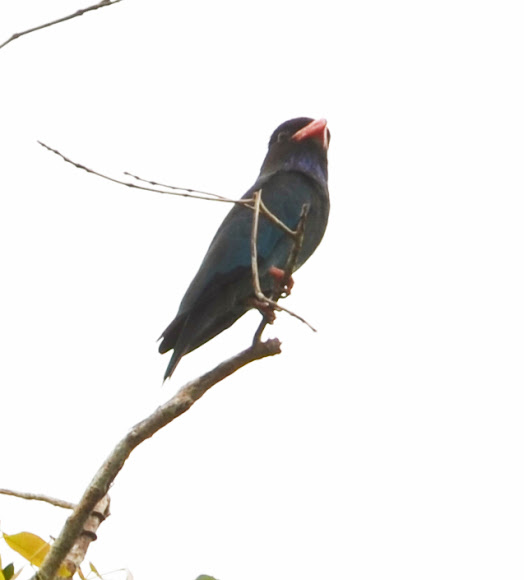 30 cm. It is dark brown with a bluish-green sheen on the back and wing coverts. It has glossy bright blue colouring on its throat and undertail. Its flight feathers are a darker blue. Its bill is short and wide and in mature animals is coloured orange-red with a black tip. It has very light blue patches on the outer parts of its wings which are highly visible in flight and for which it is named.

Seen often in the area of Sukau, always at the top of very tall trees. Due to the distance and bad lighting w don´t have better pics but in the second one you can see the rounded patch in the wing that gives them the dollar name. We also saw them in Sepilok.