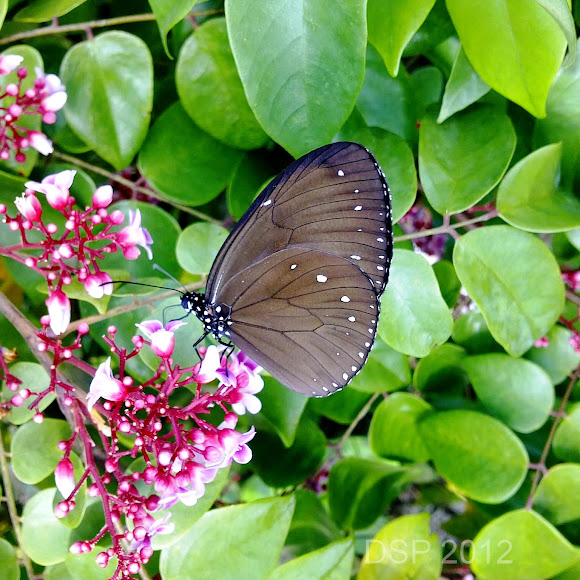 The Dwarf Crow has forewings which are deep blue with a few pale blue or whitish submarginal spots. The undersides are brown with the usual Euploea white spotting along the wing margins.

The Dwarf Crow is the smallest of the Euploea species and was recently (in 2002) rediscovered on the offshore island of Pulau Ubin, to the north of Singapore island. Earlier assumed to be extinct in Singapore, this species was observed in a patch of dried Heliotropium plants, which is a favourite attractant of Danainae butterflies. However, we hope the species will continue to thrive on the small island.

I found this butterfly in Lampung 4 years ago (2012), landed on starfruit's flowers.. Not sure if it Euploea tulliolus or not.