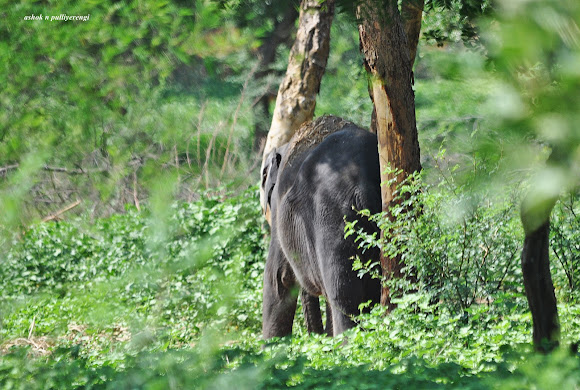 elephants are endangered with man elephant conflicts on rise ---it was joy seeing this juvenile elephant...in grasslands of valparai in Annamalai peak in south India ...Grasses make up the mainstay of the Asian elephant's diet but scrub and bark are also eaten, and calves may eat their mothers dung to obtain nutrients ..Consuming such large quantities of vegetation each day mean that Asian elephants substantially alter their ecosystem by creating new habitats for emergent vegetation. They also defecate up to 18 times per day, which has an important role in dispersing the seeds of many plant species Where elephants occur near plantations they will readily feed on banana or rice crops. Asian elephants have had a close relationship with man over the centuries; they are still used to clear timber particularly in some of the more inaccessible forests of the continent, and play an important role in the religious and cultural history of the region ....

Elephants on the edge..