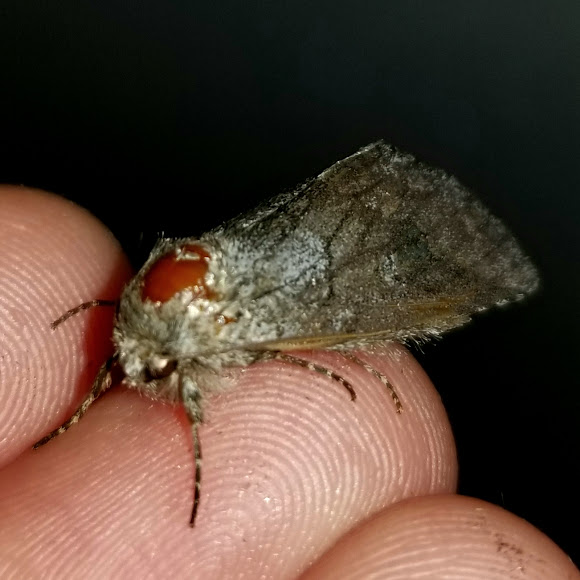 This moth was a large female, of the double-lined prominent moth. This moth attracted to a mercury vapor light sheet, along with several other local moths. This moth is found in the eastern two-thirds of the United States and southern Canada, west to New Mexico in the south and Saskatchewan in the north. These moths have grey to brownish-grey forewings. They are on wing from April to October in the south and from June to August in the north.

In my garden, Fort Worth, Texas. Mercury vapor light sheet.