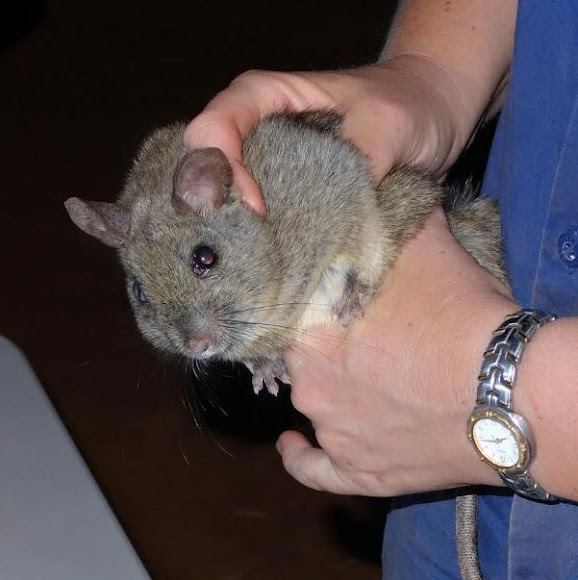 Now extinct on mainland Australia, the Stick Nest rat has been reintroduced at Mt Gibson Wildlife Sanctuary in a large predator proof enclosure. A much larger 6000 Hectare fence is being built this year to house these and other reintroduced species that have disappeared from this area such as Bilbys and Numbats.

Glad to hear they are trying to reintroduce these magnificent animals!

You should add this to the Marsupials of the World Mission at http://www.projectnoah.org/missions/8445.... I'm pretty sure you have the only Stick Nest Rat spotting on Project Noah.

Sure is Argy. I thought Nath had the ID wrong when he emailed me this pic from WA!!

Only extant populations on a few islands :(