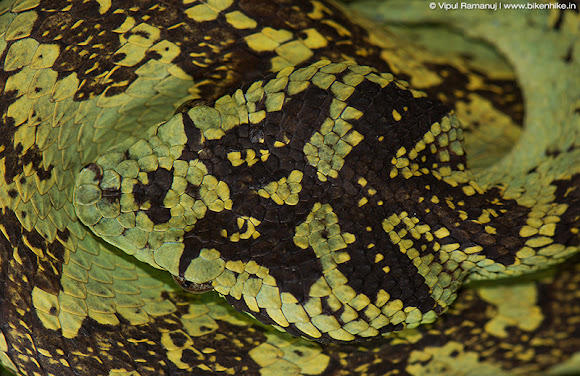 Malabar Pit Vipers are endemic to the Western Ghats of India. They're found in many different colour morphs and patterns as well. Here's a striking head pattern up-close.