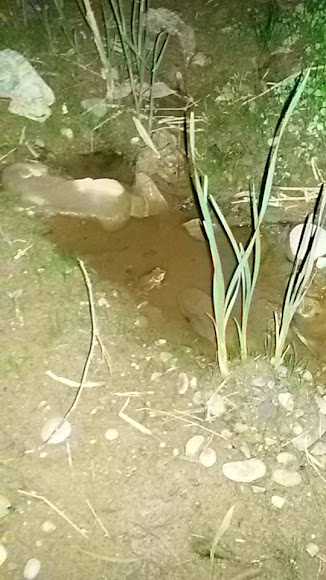 A single pic of a Cretan frog, in a shallow pool of sweet water, surrounded by several tadpoles of the same species, near Agios Nikolaos city, Crete island, Greece. It is considered endangered, and thus, it is protected along with every other amphibian (and reptile) species, according to the Berne Convention on the Conservation of European Wildlife and Natural Habitats, signed by the Greek state too.