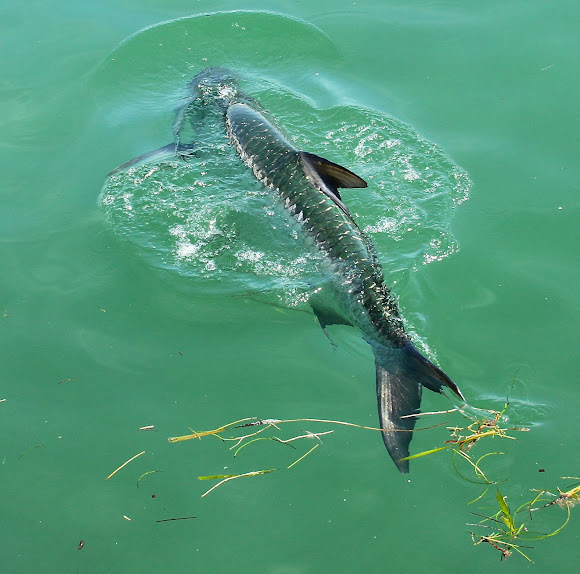 Megalops is considered one of the great saltwater game fishes. They are prized not only because of their great size, but also because of the fight they put up and their spectacular leaping ability. They are bony fish and their meat is not desirable, so most are released after they are caught

The habitats are characteristically warm, shallow, dark bodies of water with sandy mud bottoms. Tarpons commonly ascend rivers into freshwater. As they progress from the juvenile stage to adulthood, they move back to the open waters of the ocean, though many remain in freshwater habitats

Saw these fish right next to boat docks in Key west