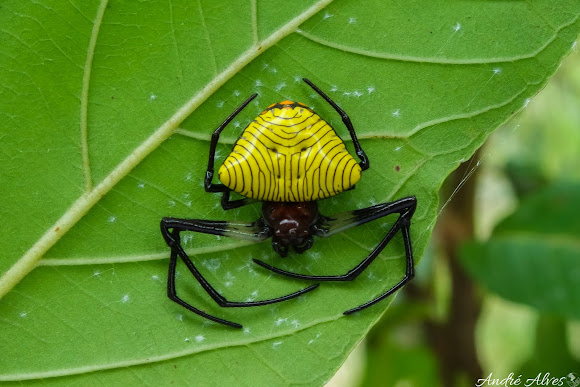 The zebra spider is found in secondary and primary forests in the brazilian and argentine Atlantic Forest, and feeds on small arthropods that fall into its web. This spider was found under the leaf of a shrub in a secondary forest as I walked on a trail.

This spider was under a guava tree leaf, in an area that has been reforested long ago and today is a well established secondary forest.

Although this species is well distributed geographically, it is considered rare because of their nocturnal habits, which makes difficult your sighting.

Wow - that's amazing ! and a great design for a chair. Thanks for sharing this beauty Andre

Thank you so much to all you!

That looks like a smiley face when you are far away.🤔

Wonderfully done Andre. Thank you for posting it.