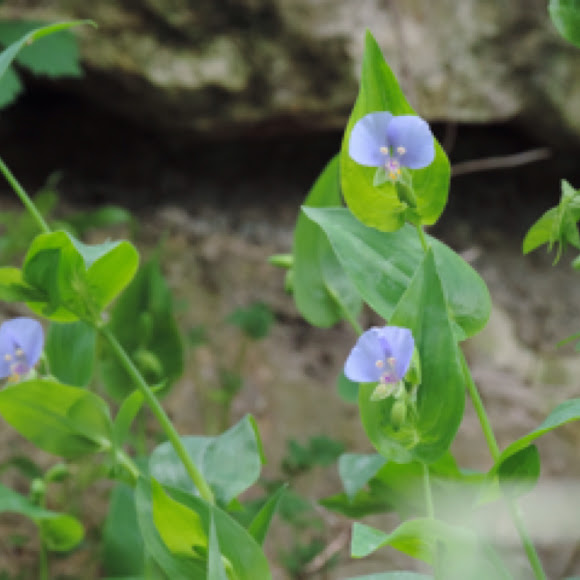 Clearly related to the commelinas and spiderworts, Tinantia anomala is an erect annual native to central Texas in the United States and Durango in northern Mexico, with flowers made up of two large lavender-blue petals and one small white petal. Its semi-succulent, grass-like leaves emerge in late fall and remain green throughout the cold months. It grows rapidly in early spring and blooms mid-spring, attracting bumblebees. A few weeks later, its seeds draw squirrels and turkeys. This entire cycle is usually completed by summer, when the plant has usually turned yellow and limp and the fastidious gardener may want to cut it back. Great for naturalizing in a woodland garden, where it can colonize to form a bright green winter groundcover.