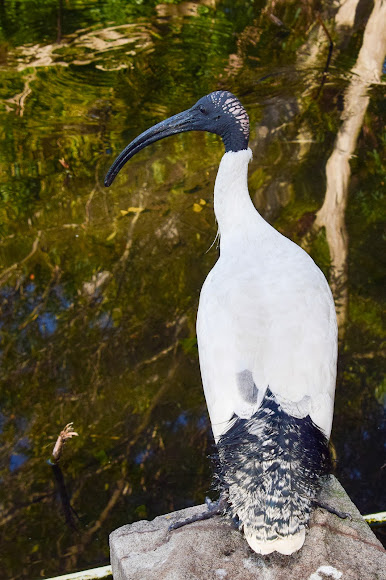 The Australian white ibis has a white body and plumage and a black head and neck. The head is featherless and it has a very long black bill that is curved downward.

It is common throughout northern and eastern Australia. It is beginning to spread in the western parts of the country. The Australian white ibis can be found in many habitats including swamps, lagoons, grasslands, and in urban areas.

The Australian White Ibis feeds on terrestrial and aquatic invertebrates along with human scraps. This bird digs with its long bill to find its food. They enjoy crayfish and mussels and open them by hammering them on hard surfaces.