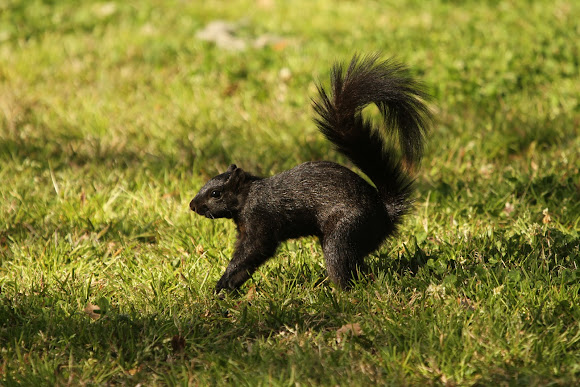 The black squirrel is a melanistic subgroup of the eastern grey squirrel. They are common in the Midwestern United States, Ontario, Quebec, parts of the Northeastern United States and Britain. Wikipedia Scientific name: Sciurus carolinensis