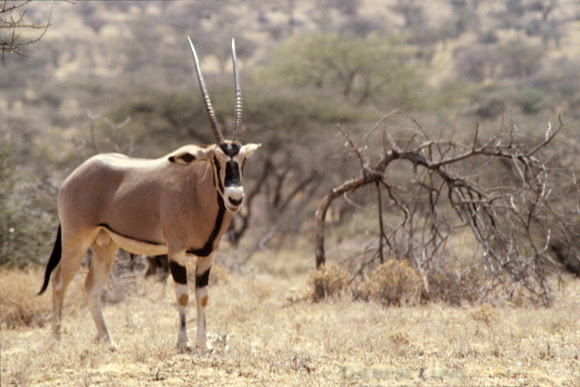 A subspecies of East African oryx. It was originally described as a distinct species by Oldfield Thomas in 1892, but was subsequently re-evaluated as a subspecies by Richard Lydekker in 1912.[2] Recently, analysis using the phylogenetic species concept has led some authors to conclude that it should be returned to full species status (Oryx callotis). It is from the tufts of black hair , unique among the various kinds of oryx, that the subspecies gains its common name.

Spotted in the Samburu Reserve, Kenya