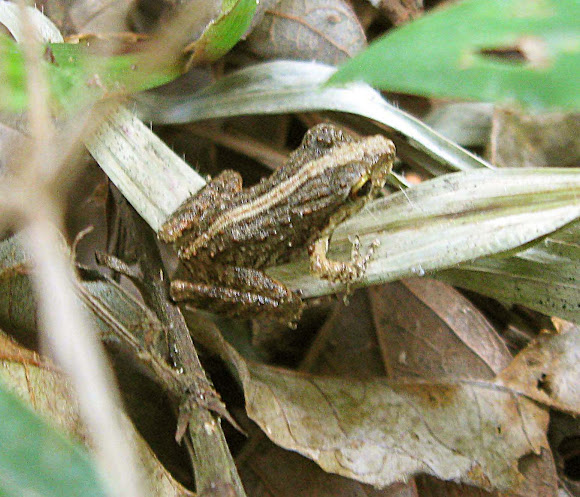 This is a terrestrial frog, a tiny one about 20cm long, in shades of brown and black. The striped from nose to tail is very conspicuous, but apparently is only seen on some frogs. Its head is comparatively large, so it may be a young one.

It popped out of the leaf litter as I passed nearby on the trail, but was so tiny it took me some time to locate it. If I've identified it correctly, this little frog is very abundant and widespread in lower Central America.