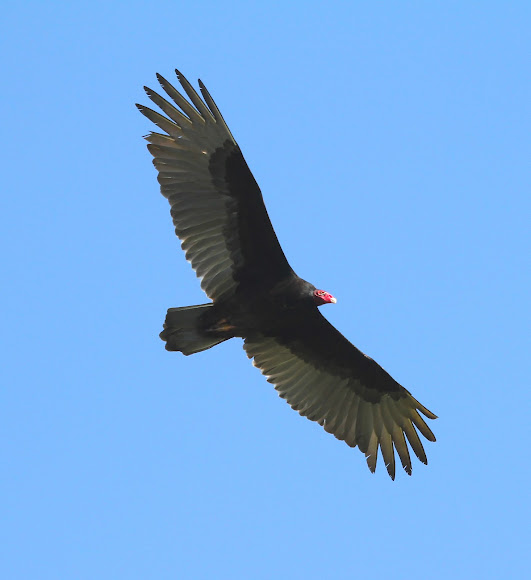 The Turkey Vulture (Cathartes aura), also known in some North American regions as the turkey buzzard (or just buzzard), and in some areas of the Caribbean as the John crow or carrion crow is the most widespread of the New World vultures. One of three species in the genus Cathartes, in the family Cathartidae, the Turkey Vulture ranges from southern Canada to the southernmost tip of South America.

It inhabits a variety of open and semi-open areas, including subtropical forests, shrublands, pastures, and deserts

See these birds everyday in Naples