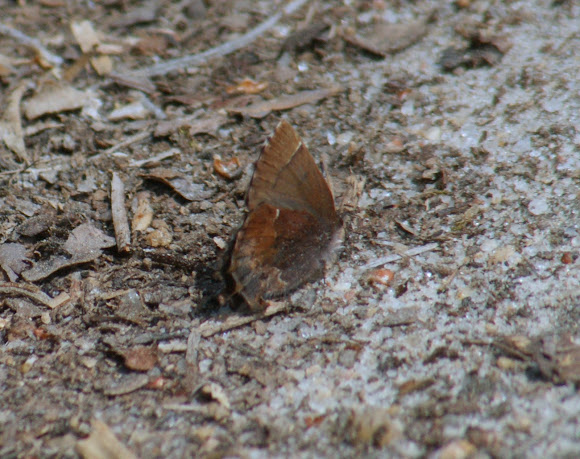 Edges of wooded swamps and upland heaths, sand plains, and open pine oak woodlands where its food plants thrive. This one was observed at the edge of a swamp and clear cut in Aiken County, SC at the Silver Bluff Audubon Center.

This spotting was identified by Harry Pavulaan on the Butterflies of the Eastern United States Facebook Group. Feeds on many species of plants including members of the pea, rose and heath famlies (especially blueberries and huckleberries). Adult Food Sources: Found at Low and High Bush Blueberries by Atlas workers. In addition, found "nectaring" at oak buds.