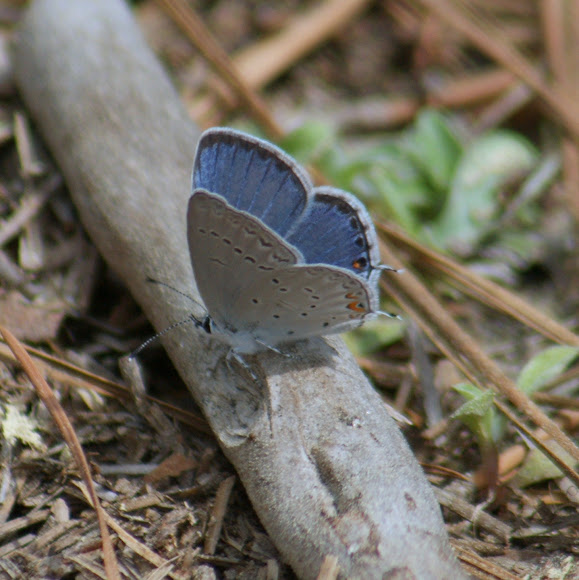 The Eastern Tailed-blue or Eastern Tailed Blue is a common butterfly of eastern North America. Males (like this spotting) are generally blue on the upperside of their wings while females are lighter blue to brown or charcoal in coloring, but there are also varieties of purple and pink found in both sexes. The underside coloration ranges from bluish-white to tan. There are two or three (outermost one often faint) black to orange chevron-shaped spots on the rear of the hind wings and a trailing tail off the innermost of the spots. The butterfly is 21 to 29 mm (0.83 to 1.1 in) wide with wings outstretched and slightly shorter in length.