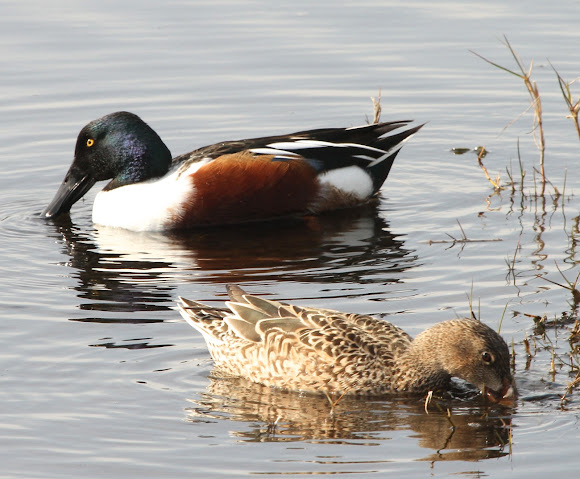 This species is unmistakable in the northern hemisphere due to its large spatulate bill. The breeding drake has an iridescent dark green head,]white breast and chestnut belly and flanks. In flight, pale blue forewing feathers are revealed, separated from the green speculum by a white border. In early fall the male will have a white crescent on each side of the face. In non-breeding (eclipse) plumage, the drake resembles the female. The female is a drab mottled brown like other dabblers, with plumage much like a female Mallard, but easily distinguished by the long broad bill, which is gray tinged with orange on cutting edge and lower mandible

This is a bird of open wetlands, such as wet grassland or marshes with some emergent vegetation