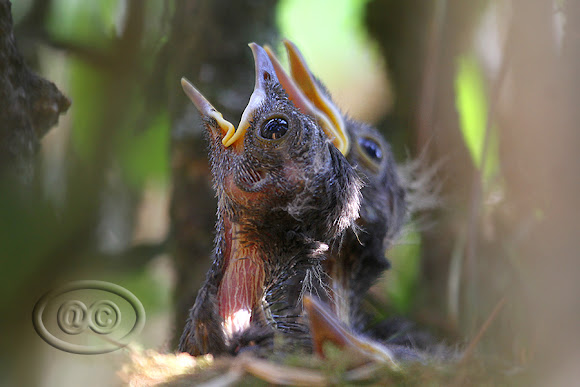 Considered bird symbol of Brazil, the "sabiá-laranjeira" is also known as "sabiá-cavalo", "sabiá-ponga", "piranga", "ponga", "sabiá-coca", "sabiá-de-barriga-vermelha", "sabiá-gongá", "sabiá-laranja", "sabiá-piranga", "sabiá-poca", "sabiá-amarelo", "sabiá-vermelho" and "sabiá-de-peito-roxo". It measures 25 cm long; the male weighs 68 grams and the female 78 grams. It has brown plumage, except the belly region, highlighted by rust-red color, slightly orange, and dark yellow beak. It is very appreciated singing bird, which resembles the sound of a flute. Sings mainly at dawn and evening. The song serves to demarcate territory and, in the case of males, to attract the female. The female also sings, but in much lower than the male rate. Source: http://www.wikiaves.com.br/sabia-laranje...

It occurs in most of east and southeast Brazil from Maranhão south to Rio Grande do Sul states, being less numerous in the Northeast. Migrates to warmer regions in winter. Also found in Bolivia, Paraguay, Uruguay and northern regions of Argentina. These puppies were born in the garden of my house, in Petrópolis, Rio de Janeiro.