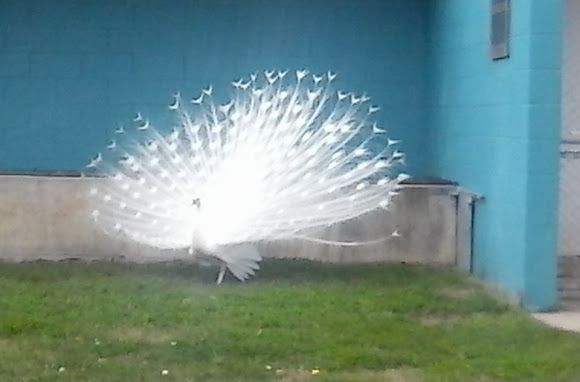 This beautiful, rare genetic variation of the Indian peafowl (or blue peafowl) is seen here displaying its coverts to attract mates. White peacocks are not actually albinos, though similar, they are leucistic. Leucism is a condition that results in partial loss in pigmentation.

This is a picture of the white peacocks I mentioned roam free here in Independence's Riverside Zoo on my first spotting for the site. Finally got a decent picture of one, and what a shot.