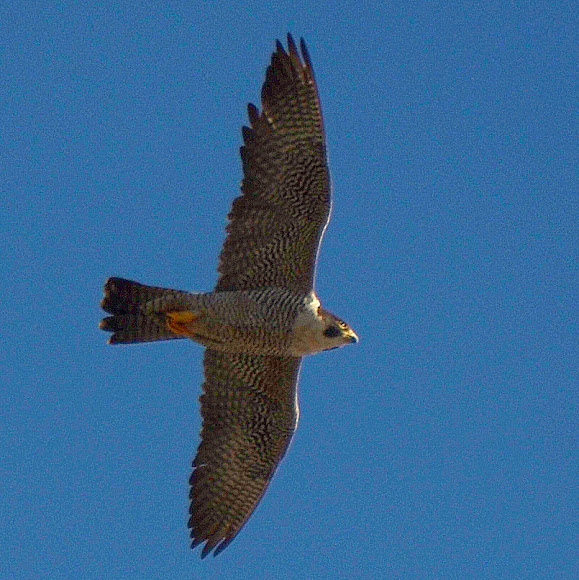 The fastest bird in the world, in a dive these birds can reach speeds of 200 mph . They Mate for life ,& live 7 - 20 years. They catch their prey in flight & in the urban environment consist . There is a estimated 1.650 nesting pairs in the U.S.A & Canada , they can be found around the world except the Antarctic . ( Peregrinus in latin means " To wander " .

In a urban setting these Raptors nest atop sky scrapers & Bridges .

This pair of Falcons are nesting on a 20 story building , & have been for several years .