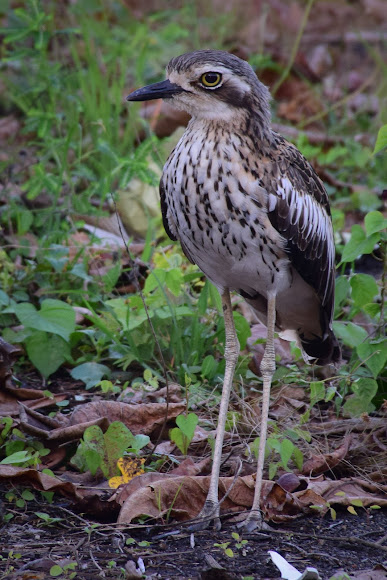 The bush stone-curlew is a large, ground dwelling bird found throughout Australia. It is mostly gray with long legs, large yellow eyes, and a short bill. They are nocturnal and feed on insects, mollusks, seeds, lizards, and occasionally small mammals.

The bush stone-curlew has a large habitat range and can be found in open areas, woodlands, rainforests, grassy plains, inland water areas.