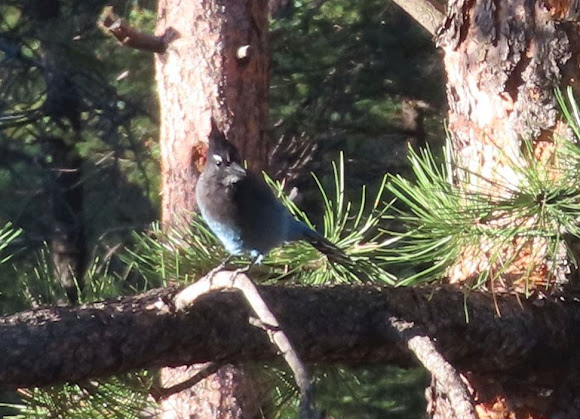 The Steller’s Jay is a large, crested jay, being the only crested jay west of the Rocky Mountains. The head and neck are black, the body a light blue underneath changing to a light gray on top and the wings and tail are bright blue. It has prominent white eyebrows that are quite striking against the dark black surrounding it.

This was a really active bird, not allowing any pictures the first couple times I saw it. Then, after a rain, it came to drink out of a gutter on a building (foto #5) and I caught him there and on its favorite perch . . . but not for long :-) There were two, but only one was cooperative. The other was camera shy, I guess :-)

And our lists continues to grow :-)