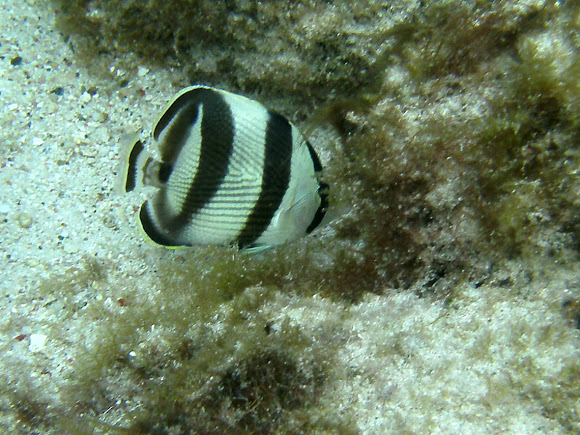 Native to the tropical and subtropical western Atlantic Ocean at depths down to about 55 metres (180 ft) but mostly in less than 20 metres (66 ft). Its range extends from Massachusetts in the United States to Santa Catarina in Brazil, and includes the Caribbean Sea, the Gulf of Mexico. It is found on coral reefs.

Spotted close to shore on Rock/sandy bottom with lots of algae growth. Sparse corals nearby. Snorkeling at Moomba Beach Club.