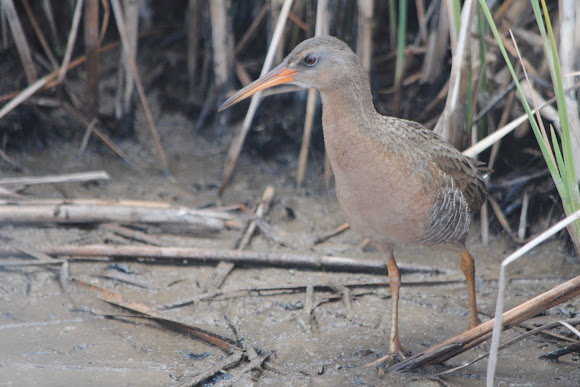 Well I thought I might as well start mixing things up now. While birding around the Baseline and Meridian Wildlife near Phoenix, AZ I found a pair of Ridgway's Rails who were very cooperative! The Ridgway's Rail was recently split from the Clapper Rail (who is now only found in the Eastern US) This is one of my favorite species of birds.

Rails are hard to get a picture of -- nice job!