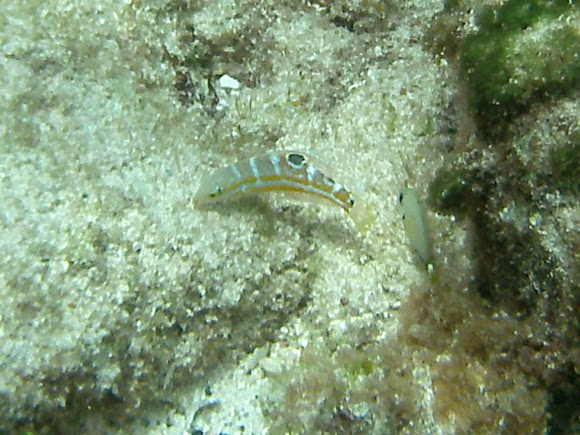 Native to the western Atlantic Ocean from North Carolina to Bermuda, through the West Indies and Gulf of Mexico, to offshore islands of Brazil, being absent from Brazilian coastal waters. It can be found on reefs at depths from 2 to 55 m (6.6 to 180.4 ft), with younger fish up to subadults being found in much shallower waters

There were a couple of these in the very shallow area of rock and algae. Not the best picture as they would not be still very long.