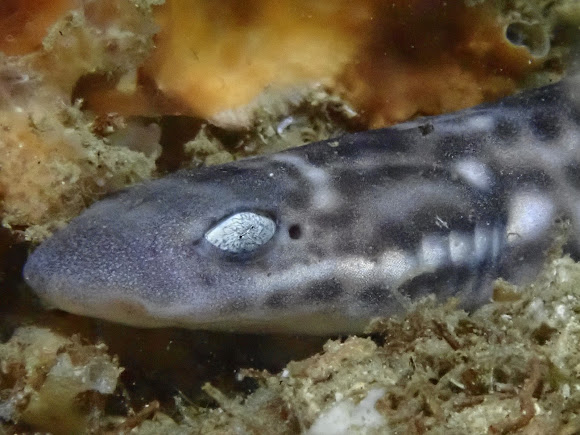 They are small sized Sharks, up to 0.7 meters in body length as adults. They are oviparous; females lay purse-shaped egg capsules two at a time on the bottom. The eggs takes 4-6 months to hatch. They have large silver coloured eyes to help them sees better in the dark or at night time.

They are only active at night time and during day time, they are likely to be found resting or hiding under rocks and crevices. This one was seen in the tunnel under Gato Island, which is completely dark like night.

The local guides likes to joke and call it Meow-Meow Shark (as in Catshark) and its quite ironic that we often sees it at Gato Island, which also means Cat Island (in Spanish) :D They can be found in quite wide spread area but are listed as Near Threatened by the International Union for Conservation of Nature (IUCN) due to habitat degradation and overfishing as by-catch.

Thanks, @Neil for your kind words and appreciation :)

Such a beauty. Great spotting, Albert.