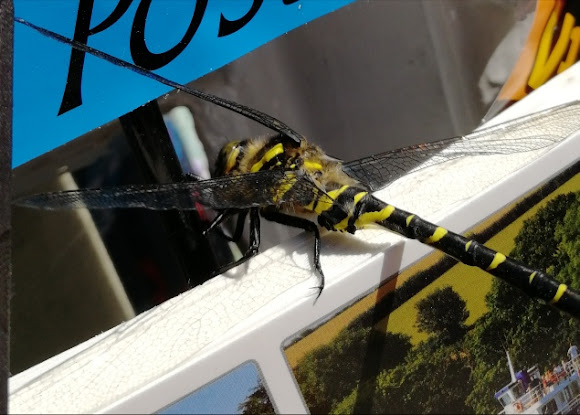 Length: male-74mm, female-84mm Flight period: May to September (occasionally in October) A striking, black insect with yellow rings along the length of the abdomen. The female is the UK's longest dragonfly because of her long ovipositor. The bright green eyes meet only at a point on the top of the head. Male: has a waisted appearance around S2-3 and a slight club shape to the abdomen. Female: more parallel sided and has a very long ovipositor.

Urban coastland near an estuary

It landed on a toy-shop sign and didn't move for at least 30 minutes, i thought it was dead until I went to take a picture of it and it suddenly flew right into my face!