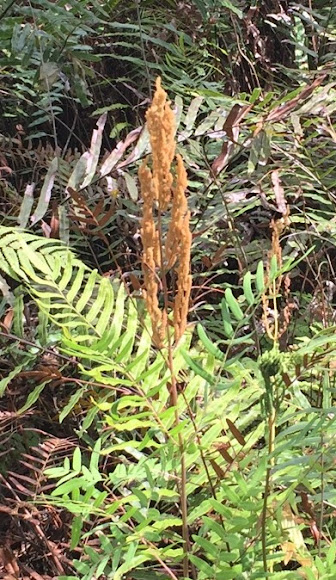 Green fronds which the fertile and sterile ones are separate. It's bloom (above) shapes into a somewhat fan shape and cinnamon colored like its relative the Cinnamon Fern that blooms w/ a single frond.

Observed in a primarily shaded wetlands that is drying out at this time of the year in a County preserve.