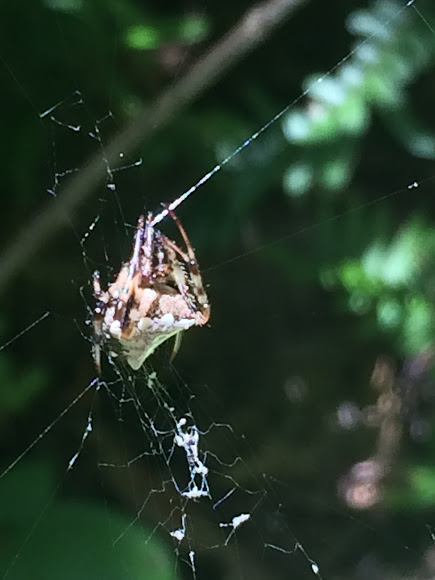 Unusual orb weaver found in the Ozarks. Unlike most, they hang right-side up in the center of their webs. The abdomen is marked with an almost glossy triangle that resembles an arrow head. The one shown here is white, but sometimes they appear more cream or even yellow. The second shot shows her underside, which appears reddish.

Woodland areas, webs stretch between trees. This one had arranged herself in the sunlight.