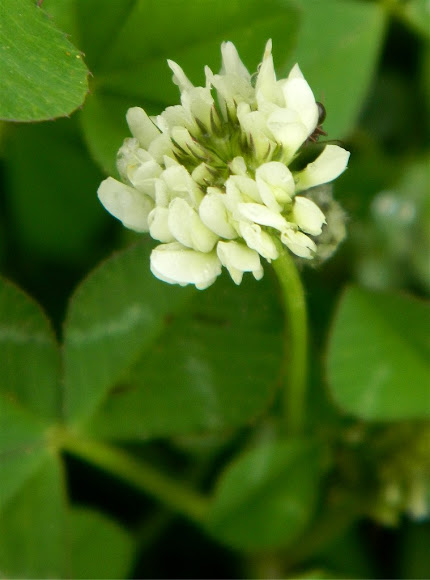 A very common clover species, the Trifolium repens spotted near my neighbourhood, Nea Demetrias, Volos city, Greece. The species includes varieties often classed as small, intermediate and large, according to height, which reflects petiole length. The term “white clover” is applied to the species in general, “Dutch clover” is often applied to intermediate varieties (but sometimes to smaller varieties), and “ladino clover” is applied to large varieties... In Greece it is called under the general common name "White clover", and it is an important foraging plant, for animals and bees.