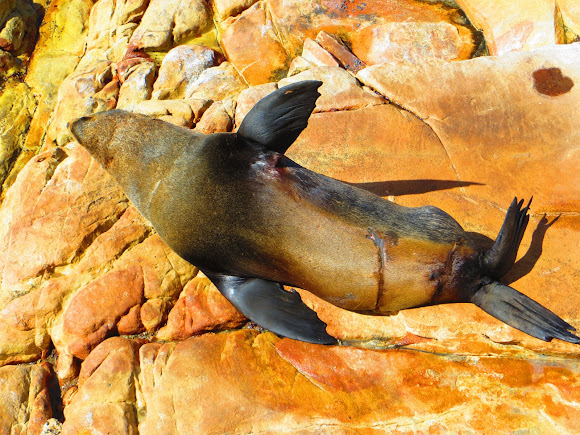 This large male fur seal was joined by a female and a baby fur seal on the rocks outside our restaurant. It shortly became apparent that they made regular use of the pier close by to steal bait from fisherman :) . this male fur seal displays a very large scar on his hind fins which is most likely a luck escape from a predator (great white shark).