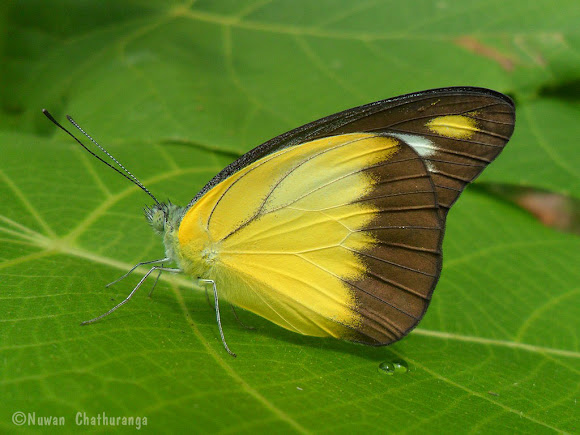 Rare butterfly of southern low country of the island. Flight fast and strong. Male often settle on damp earth. Its larva feeds on varies plants of family Capparaceae such as Lunu warana ( Crateva adansonii). Chocolate albatross is a butterfly which appears irregularly, being almost entirely absent in certain years. According to the Woodhouse (Woodhouse L.G.O. The Butterfly fauna of Ceylon 1950) it can usually be ‘taken’ from May to October.

Thank you ceejayalyssa and Gilma !

Thank you Sachindra!
Thank you Billo!