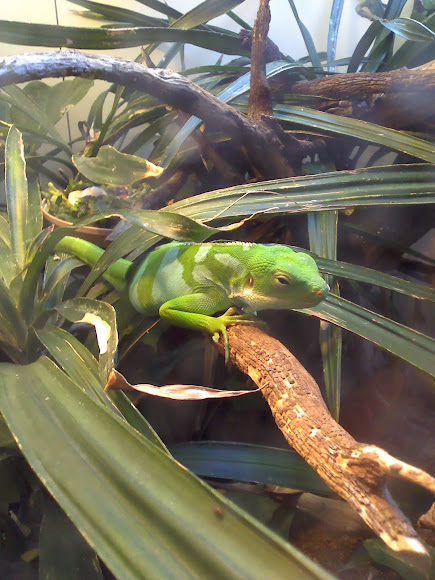 Male Fiji banded iguanas are emerald green with broad, light-colored bands. The females are solid green with occasional spotting. The Fiji banded iguana and the closely related crested iguana are the most geographically isolated iguanas in the world. They are believed to have evolved from green iguanas that rafted on debris across the Pacific Ocean from South America.

Due to habitat destruction and, more significantly, the introduction of mongooses and house cats to the islands, populations of these iguanas have been declining over the past century. Both species of Fijian iguanas are considered to be endangered and have full protection under both Fiji and international laws. Conservation Status Endangered

I have moved this to pets for you.

Spotted by a stud ent at North Kirkwood Middle School