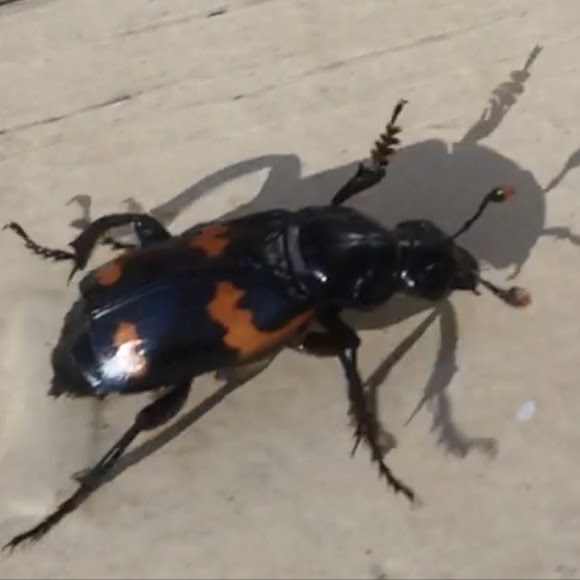 Nicrophorus americanus, also known as the American burying beetle or giant carrion beetle, is a critically endangered species of beetle endemic to North America. It belongs to the order Coleopteraand the family Silphidae. The carrion beetle in North America is carnivorous, feeds on carrion and requires carrion to breed. It is also one of the few species of beetle to exhibit parental care. The decline of the American burying beetle has been attributed to habitat loss, alteration, and degradation, and they now occur over less than 10% of their historic range.