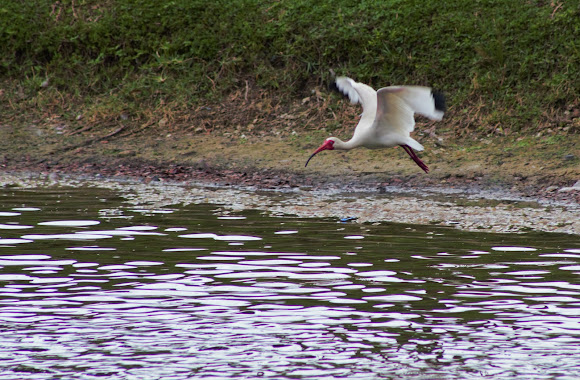 A wading bird of the deep South, the striking White Ibis is frequently seen on lawns looking for large insects as well as probing for prey along the shoreline.

Native american folklore held that the bird was the last to seek shelter before a hurricane, and the first to emerge afterwards. The bird was thus a symbol for danger and optimism. The University of Miami adopted the American white ibis as its official athletics mascot in 1926. The mascot was initially known as Ibis before adopting the name Sebastian in 1957.