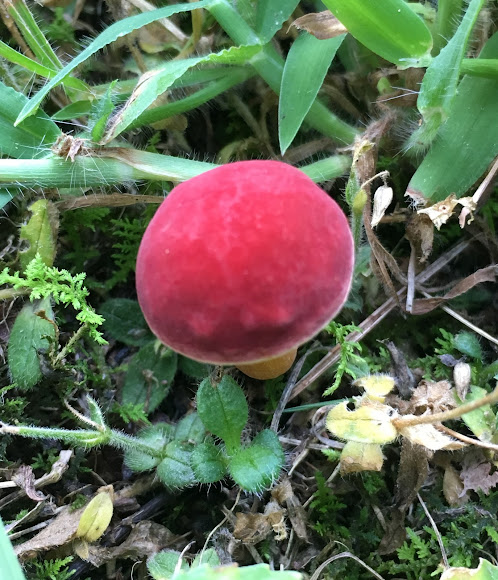 Baorangia bicolor, also known as the two-colored bolete or red and yellow bolete after its two-tone coloring scheme of red and yellow, is an edible fungus in the genus Baorangia. It inhabits most of eastern North America, primarily east of the Rocky Mountains and in season during the summer and fall months but can be found across the globe in China and Nepal. Its fruit body, the mushroom, is classed as medium or large in size, which helps distinguish it from the many similar appearing species that have a smaller stature. A deep blue/indigo bruising of the pore surface and a less dramatic bruising coloration change in the stem over a period of several minutes are identifying characteristics that distinguish it from the similar poisonous species Boletus sensibilis. There are two variations of this species, variety borealis and variety subreticulatus, and several other similar species of fungi are not poisonous.

Growing in my yard.